Brexit seemed to become more of an issue for the recycling market this week, as it became more challenging to ship material into the EU.

While the demand is there from European mills and recyclers, there are delays in getting it there due to customs clearance issues, Government websites crashing and in some cases hauliers not being available.

Some have found it impossible to move material into Europe, while others have been able to move some loads.

This isn’t just a case of Dover-Calais though, with those looking to move material from Northern Ireland to Great Britain also facing the same issues due to its status as being both part of the UK and effectively remaining within the single market unlike other UK nations.

The past week continued to see the impact of the 2021 PRN/PERN market with plastics in particular boosted by a rise in the value of the certificate.

For those exporting, they are also facing the pound at its strongest level against the dollar since April 2018 at $1.36. This compared to $1.35 a week ago.

Prices for packaging grades increased this week on the back of a rise in the value of the PRN/PERN.

Although the PRN/PERN price had risen as high as £115 this week, it had settled more towards £100 yesterday.

Bottle and film prices rose by a similar amount with EU buyers keen to take material at higher prices if they can get it there – not everyone is finding it easy to ship into the EU though, and some are finding it impossible. UK film buyers are less active, waiting to see if the issues around moving material will translate to lower prices over the coming weeks.

Of course, it is currently impossible to export plastics to non-OECD countries and no material is headed there from the UK or most European countries as both the UK and EU write to end destination governments seeking permission to ship there.

Interestingly, the authorities in the Netherlands appear to have decided to ignore these rules and are allowing B3011 material to move to non-OECD countries without prior informed consent. This seems contrary to the new regulations, and may only be a grace period, but UK and other European shippers are scratching their heads at how the Dutch came up with this position.

Movement of plastics to Turkey also seems to have dropped considerably as exporters to there try to work out what and what isn’t permitted without a definitive list of approved recycled plastic imports. What is for certain is that mixed plastic grades are now allowed.

Indeed, with the new Basel Convention rules and a Turkish ban on mixed plastics, some are beginning to wonder whether mixed bottle prices will come down with few markets interested in them at present.

The market was relatively steady this week, with just OCC seeing a small price rise of £2 per tonne to take it up to around £97 per tonne.

As has been seen in other markets, shipping to the EU seems problematic and appears to be getting harder as more vehicles attempt to cross the Channel. Some have been able to move material into the EU, and with mills there keen to take it, this has helped to push up the price of OCC.

Deep sea destinations though are starting to feel resistant to current price levels and there is an element of pushing back against them. Shipping is also expensive to these destinations and mills aren’t too keen to pay the price.

The sphere of influence of China means that exports of pulp from India and elsewhere there is easing a bit ahead of the Chinese Spring Festival in February. Chinese mills have got used to longer lead in times and are preparing further in advance for the slowdowns associated with their national holiday.

Containers are also more likely to be at Chinese ports than on this side of the world, getting ready to ship goods before the New Year celebrations too.

Ferrous grades continued to increase boosted by China’s decision to allow imports of recyclable iron and steel. These were up by £15 per tonne including cans.

Copper grades lost £100 per tonne this week, but brass grades increased by £50 per tonne. 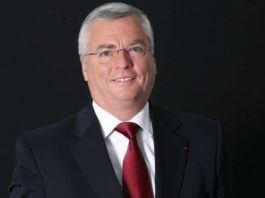 BIR paper president expecting strong second half of 2021 for recovered... 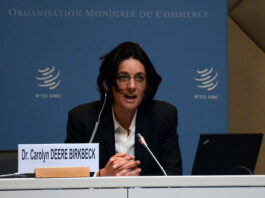 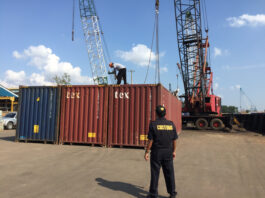 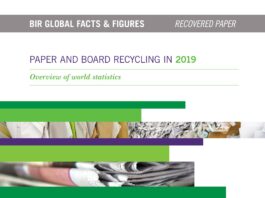 BIR report finds paper and card production fell in 2019, but... 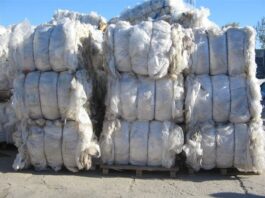